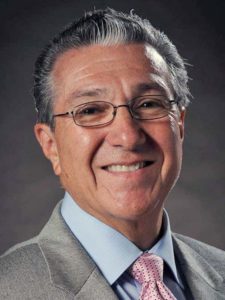 Dr. Marshall Fagin is a Prosthodontist and as an international lecturer and educator for over 35 years, he frequently updates his colleagues on the most recent advances in his specialty, including cosmetic and implant dentistry and on complex major crown and bridge cases.

In 2013 he received the highest honor given by his local Dental Society, the coveted Frank Stone Award, for his many years of contributions to dentistry, dental education and to organized dentistry. In private practice, he is also a part-time Associate Professor at UB’s Dental School in the Post-Grad Prosthodontic Residency Program. He has conducted several “Hands-On” courses for dentists on “Anterior Esthetic Makeovers” at the school’s Esthetic Dentistry Education Center and for the University of Florida School of Dentistry’s Mastership Program in Fixed Prosthetics and for AGD chapters. He was voted by his colleagues to “Best Dentists in America” 2004/2005 and 2013, “Global Who’s Who Man of the Year” in Dental Health 2008, “Top Dentists” 2008/2014/2015/2017 and was elected to faculty membership in the Honorary Dental Society Omicron Kappa Upsilon. He was awarded Diplomat status in the International Congress of Oral Implantologists in 1994 and is a Fellowship recipient of the International College of Dentists for his contributions to Dentistry. Dr. Fagin also served on faculty for the Misch Implant Institute 1991-1993 (Detroit, Michigan) and 2005-2006 (Rochester, NY).