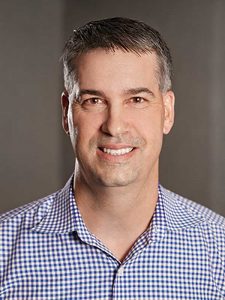 Dr. Chorak is a Seattle native, having grown up on Vashon Island and then attending the University of Washington for his undergraduate degree. His venture into dentistry took him to the University of Kentucky College of Dentistry where he graduated with High Distinction in 1999. He then earned his Certificate of Orthodontics and Dentofacial Orthopedics from the Oregon Health Sciences University in 2001.

After graduation, Dr. Chorak felt the pull of the Puget Sound area, knowing that it was where he wanted to raise his family and was very excited to return. He acquired Fairwood Orthodontics in July of 2001. Two and half years later, in January 2003, he opened up Mercer Island Orthodontics. He divides his time between the two practices and does not have an associate, so you will always see Dr. Chorak at your appointment.

Currently, Dr. Chorak is very involved in the Orthodontics community.He has served as the Secretary and is now the Vice President of Washington State Society of Orthodontics, has lectured for and is a Focus Group member for Self-Ligating brackets, the newest and most advanced bracket system, and is frequently attending Continuing Education courses, meetings, and study groups to ensure that he is providing the very best care available. He is also a member of the American Association of Orthodontists, the Pacific Coast Society of Orthodontists, the American Dental Association, and the King County Dental Society.

Dr. Chorak enjoys golfing, fishing, all sports, and travelling. He and his wife Marilyn, live on Mercer Island with their two children Julia and Mason, and their dog, Jinger.

This speaker is sponsored by CERUM Ortho