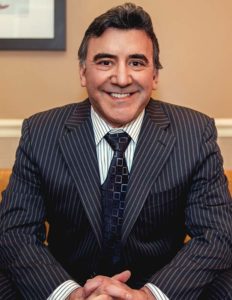 In 1981, Owens-­Illinois, the 6th largest glass plant in the world, closed its doors. What followed was a domino effect of failed businesses, staggering unemployment and a devastatingly bleak economy. That was the year after Dr. Steven Rasner opened his practice in southern New Jersey. Sadly, 34 years later, this area has remained nationally ranked for its unemployment, poverty levels and absence of growth. During this same time period, Dr. Rasner has nurtured a private fee-­‐for-­‐service practice that commands fees in the top percentile in the nation. It grosses over 4.1 million per year on a four-­‐day work week with a part time associate and a substantial bottom line. The practice has been a leader in community civic duty and was awarded the Congressional Recognition Award in 2000.

Dr. Rasner has taught for seventeen years in 40 American states and 5 countries. He has received numerous speaking awards and been recognized in Dentistry Today’s Top Clinical Educators list for ten consecutive years.

Dr. Rasner received a lifetime achievement award in 2011 from Excellence in Dentistry. He has authored
3 books and over 50 industry and journal publications.