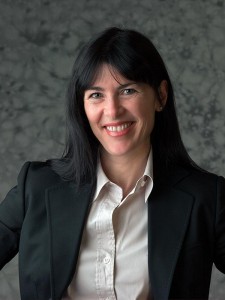 Dr. Sonia Leziy received her dental degree from McGill University in 1989 and subsequently completed a general practice residency program at the Jewish General Hospital in Montreal. Her post-graduate degree in periodontics was completed at the University of British Columbia in 1993.

She has published on implant esthetics and surgical protocols, including a textbook chapter published by Quintessence Publishing (2008) and a chapter in a follow-up book, Interdisciplinary Treatment Planning, Volume II (2011). Dr. Leziy is actively involved in two clinical trials involving new dental implant designs.

Dr. Leziy lectures internationally on the subject of implants and advanced esthetics/periodontal plastic surgery, and has been recognized among the top 100 clinicians in continuing education by Dentistry Today in 2007-2014. She was selected by her peers and by industry representatives as a Lucy Hobbs Award Winner in 2012- in the mentorship category and the 2013 co-recipient of the Seattle Study Club Saul Schluger Award for excellence in treatment planning. She was the program chair for the 2013 American Academy of Esthetic Dentistry.

Family is very important to Dr. Leziy. As loving wife and proud mother of two grown children, grand-daughter and grand-son, spending time with her family brings much enjoyment. Sonia enjoys gardening, cooking, and fishing as well as daily road-biking (be nice to her on the roads!) and skiing.