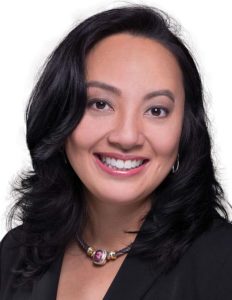 She is the only dentist that has attained a combination of the U.S. Board Certification in Implant Dentistry (Diplomate from the American Board of Oral Implantology (ABOI) – 2003), U.S. Board Certification in Prosthodontics (Diplomate of American Board of Prosthodontics (ABP) – 2008), and Canadian Board Certification in Prosthodontics (Fellow of Royal College of Dentists of Canada – 2008). She is a Diplomate of the International Congress of Oral Implantologists (ICOI), and holds Fellowships with the American Academy of Implant Dentistry (AAID), Academy of General Dentistry (AGD), and the Misch International Implant Institute Canada for which she is also a Faculty Member. Dr. Wong has served as the Co-Director and a clinical instructor in the Implant Prosthodontic Unit in the Graduate Prosthodontic Department at the University of Toronto. She has also served as a Clinical Assistant Professor of Oral Implantology, Department of Periodontology, Temple University. She is a past-president of the ABOI and is currently the Vice President for the AAID, President of the Association of Prosthodontists of Ontario, and Founder and Director of the Toronto Implant Institute Inc.

Dr. Wong lectures nationally and internationally on implant dentistry and continues to practice both the surgical and prosthetic phases of implantology in Toronto, Ontario,
Canada