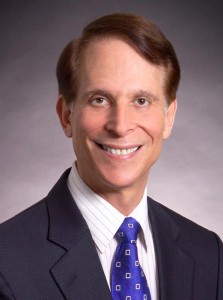 Dr. Jerry V. Teplitz' background is as unique as the techniques and approaches he teaches. He is a graduate of Hunter College and Northwestern University School of Law. He practiced as an attorney for the Illinois Environmental Protection Agency.

At that point, Dr. Teplitz’ career took a dramatic change of direction. He studied and received a Masters and Doctorate Degree in Wholistic Health Sciences. He was also on the faculty of the U.S. Chamber of Commerce Institute for Organization Management for nine years.

Dr. Teplitz has been President of his consulting firm and as a professional speaker, he has spoken at over 1700 meetings and to over one million people. He conducts seminars in the areas of leadership, management, stress management, employee productivity and sales development.

The list of clients Dr. Teplitz has spoken and consulted for includes such organizations as the American Association of Orthodontists, Greater New York, New Hampshire, Vermont State and Virginia Dental Societies. In addition he has spoken to Century 21, Holiday Inns, International Management Council, Young Presidents’ Organization, Associated General Contractors, GlaxoSmithKline, American Bankers Association, plus over four hundred colleges and universities across the United States and Canada.

Jerry is the co-author with Dr. Tony Alessandra of a #1 Best Seller on Amazon – Switched-On Selling: Balance Your Brain For Sales Success. Other books he has authored include Managing Your Stress In Difficult Times: Succeeding in Times of Change and Brain Gym for Business. His latest book is Switched-On Networking: Balance Your Brain for Networking Success with Networker Guru Donna Fisher.

Articles on Jerry have appeared in such publications as Successful Meetings, Prevention, and Travel & Leisure Golf Magazine. He has also been listed in several editions of Who's Who in America and now hosts an internet radio show called Healthy Alternatives.

Jerry is one of only 600 speakers world-wide who has earned the title Certified Speaking Professional from the National Speakers Association. Finally, he has been selected by the PCMA as a “Best-In Class” speaker and by the CSAE as an Association Excellence Speaker based on the quality and impact of his presentations.