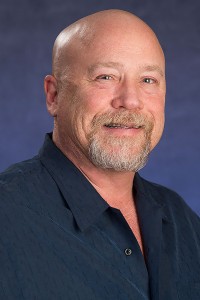 Howard Farran, DDS, MBA, is a practicing dentist with more than 25 years of clinical experience, as well as a noted international speaker on faster, easier, more efficient dentistry. His area of expertise covers many aspects of dentistry, including the business of dentistry and clinical topics.

Born in Wichita, Kansas, Dr. Farran made the decision at a young age to become a dentist. To accomplish this, he did his undergraduate studies at Creighton University, and in 1987, he graduated from the University of Missouri – Kansas City School of Dentistry. Upon graduation, Dr. Farran opened up his successful practice – Today’s Dental – in Phoenix, Arizona. Dr. Farran later went on to earn his MBA from Arizona State University in 1999. Dr. Farran has also earned his MAGD and DICOI. Dr. Farran has received multiple accolades, such as being named Alumni of the Year by the University of Missouri; receiving the Arizona Public Health Dentist of the Year Award; and receiving the Arizona Award from the Arizona State Dental Association for his efforts to fluoridate the water of Phoenix.

Dr. Farran is the Founder and CEO of Farran Media, LLC, the parent company of Dentaltown.com, Dentaltown Magazine, Orthotown.com, Orthotown Magazine, and the annual Townie Meeting in Las Vegas. Dr. Farran has authored hundreds of articles in dozens of professional journals, and has developed several educational video series on the business of dentistry. His most recent series, “Dr. Farran’s One-Day Dental MBA” shares his proven techniques to increase productivity and expand your business.