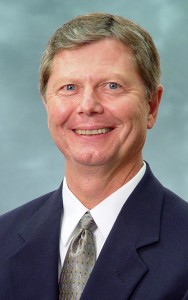 Dr. Henry A. Gremillion is a 1977 graduate of Louisiana State University School of Dentistry.  He maintained a private general dental practice in Cottonport, Louisiana from 1977 to 1989.  He then completed a 2 year Fellowship in Craniofacial Pain and Dysfunction at the University of Florida College of Dentistry under the mentorship of Dr. Parker E. Mahan.  While at the University of Florida College of Dentistry he served as director of the Parker E. Mahan Facial Pain Center and directed a fellowship program in orofacial pain from 1992-2008 and was on the active dental staff of Shands Teaching Hospital during that period.  He also held the P. E. Mahan Endowed Professor in Orofacial Pain in the Department of Orthodontics and held an affiliate appointment in the Department of Prosthodontics at the UFCD.  He is the recipient of the 2008 Academy of General Dentistry’s Thaddeus V. Weclew Award for contributions to the art and science of dentistry.  He received the Dawson Academy Career Service Award in February 2009 and the American Academy of Orofacial Pain Career Service Award in April 2010.  In October 2008 he was named Dean of Louisiana State University School of Dentistry and is the E.E. Jeansonne Endowed Professor of Lifelong Learning.  He serves or has served as a consultant in the field of temporomandibular disorders and orofacial pain for the U.S. Army, U.S. Navy, U.S. Air Force, ADA Council on Dental Practice, and the Comprehensive Dentistry Program at UFCD.   He also serves or  has served on the editorial boards of the Journal of Prosthetic Dentistry, Journal of Craniomandibular Practice, and Journal of the Academy of General Dentistry.  He has lectured extensively in the U.S. and abroad and has authored/co-authored numerous scientific articles, abstracts, and book chapters. His research interests include temporomandibular disorders, bruxism, and psychosocial aspects of orofacial pain.  His major clinical interest is the diagnosis and management of orofacial pain.