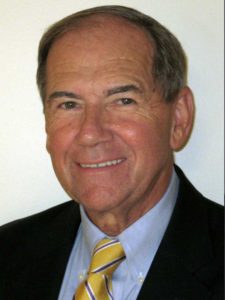 Harold L. Crossley, D.D.S., M.S., Ph.D. is Professor Emeritus at the University of Maryland Dental School.  A native of Rhode Island, Dr. Crossley received a Bachelor of Science degree in Pharmacy from the University of Rhode Island in 1964.  He later was awarded the Master of Science (1970) and Doctorate degrees (1972) in Pharmacology. The University of Maryland Dental School in Baltimore awarded Dr. Crossley, the D.D.S. degree in 1980.  The liaison between the classroom and his part-time dental practice produced a practical approach to understanding the pharmacology of drugs used in the dental office.

Dr. Crossley has co-authored several articles and four books dealing with a variety of topics within the field of pharmacology.  Other areas of expertise include the pharmacology of street drugs and chemical dependency.  He serves on the Maryland State Dental Association’s Well-Being Committee, is an active member of Phi Kappa Phi, Omicron Kappa Upsilon Honorary Dental Society, the American College of Dentists, International College of Dentists, and an honorary member of the Thomas B. Hinman Dental Society. He was the recipient of the 2008 Gordon Christensen Lecturer Recognition award presented by the Chicago Dental Society and the recipient of the 2012 Award of Distinction presented by the Academy of Dentistry International for his efforts in Continuing Dental Education. He has been a consultant for the United States Drug Enforcement Administration and other law enforcement agencies since 1974.  Drawing on this unique background, Dr. Crossley has become nationally and internationally recognized as an expert on street drugs and chemical dependency as well as the clinical pharmacology of dental drugs.