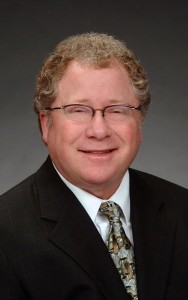 Gerald N. Glickman is Professor and Chair of the Department of Endodontics and Director of Graduate Endodontics at Texas A & M University/Baylor College of Dentistry in Dallas. He has had similar positions at the University of Washington and at the University of Michigan; he has also chaired the Department of Stomatology at the University of Texas-Houston Dental Branch. He received an M.S. degree in Microbiology from the University of Kentucky, a D.D.S. from the Ohio State University, a G.P.R. Certificate from the University of Florida, a Certificate and M.S. in Endodontics from Northwestern University, an M.B.A. from Southern Methodist University, and a J.D. from Texas A&M University. He is a Diplomate of the American Board of Endodontics (ABE) and is past President of the ABE. He is a former Vice-President of the Council of Sections of the American Dental Education Association, past Chair of the Administrative Board of the Council of Hospitals and Advanced Education Programs of ADEA, and past President of the American Dental Education Association where he focused on the cost of dental education and lifelong learning. He is a 1991 graduate of ADEA’s Leadership Institute. Dr. Glickman is a consultant for the Commission on Dental Accreditation, is a member of ADA’s Council on Dental Education and Licensure (CDEL),  and is a member of ADEA’s Commission for Change and Innovation in Dental Education (CCI); he was Chair of CCI’s Task Forces on Competencies and Foundation Knowledge for the New General Dentist which are now used as templates for curriculum reform in dental education across the U.S. He is past President of the American Association of Endodontists where his theme for his year as President was access to care. He is a Fellow of both the American College of Dentists and the International College of Dentists. He is an associate editor of the Journal of Endodontics and is the endodontic advisor for General Dentistry. He has contributed to major texts in endodontics including the new 11th ed. of Pathways of the Pulp, the 4th ed. of Principles and Practice of Endodontics, and the upcoming 7th edition of Ingle’s Endodontics. He maintains a part-time practice limited to endodontics in Dallas TX.