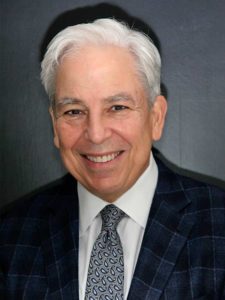 Dr. Barry Goldenberg graduated from Washington University School of Dental Medicine in 1982. Upon graduation, he was selected by the Chairman of the Prosthodontic Department as an instructor, a position which he combined with a private practice for the next three years. He practiced general dentistry during that time before returning to a combined Fixed and Removable Graduate Prosthodontic Residency at the University of Missouri, Kansas City where he also received his Master’s Degree.

After completing his residency, Dr. Goldenberg continued his passion of private practice and teaching at Washington University. He has been restoring implants since 1986, and his private practice is focused on prosthodontics and implant reconstruction.

Dr. Goldenberg has presented both nationally and internationally on all aspects of implant dentistry, including 3-D imaging. He has been involved with computer utilization and diagnostic imaging for treatment planning of dental implants for the past 15 years and was the first prosthodontist in Missouri to offer cone beam technology to his patients. Dr. Goldenberg is a member of the American College of Prosthodontists, the ADA, and the Academy of Osseointegration. He is also a Fellow in the ICOI and a Master in the IPS section of the ICOI.